This event has passed but you can view the recording on the LWVE Youtube channel. 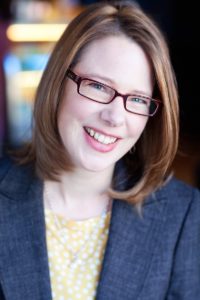 Every ten years since 1790, the federal government has conducted a constitutionally-mandated census — a count of everyone living in the United States. The 2020 U.S. Census was conducted in the midst of a 100-year global pandemic and legal battles over the timing, questions, and use of data. The COVID-19 pandemic delayed conclusion of the Census from July to October 2020. Since then, the release of Census data also has been delayed.

So far, the Census Bureau has released only the data needed for Congressional reapportionment and legislative redistricting. The latter contains block-level data including total population, total number of housing units, and details on race and ethnicity.

On Thursday morning, February 10, Minnesota State Demographer Susan Brower, Ph.D., will tell us about how the 2020 U.S. Census was conducted in Minnesota, what we have learned so far, and what we will be learning in the coming months.

As the State Demographer, Brower applies an understanding of demographic trends to changes in a range of areas including the state’s economy and workforce, education, health, immigration, and rural population changes. Brower became the State Demographer in February 2012 and directs the State Demographic Center. She earned a Ph.D. in Sociology at the University of Michigan, and a master’s degree in public policy at the Humphrey School of Public Affairs.