The United States is the only democracy in the world in which most convicted offenders who have served their prison sentences are denied the right to vote for many years, and in some cases, for the rest of their lives.

The numbers are shocking:   a record 6.1 million Americans are forbidden to vote because of felony disenfranchisement, a rise from 1.1 million in 1976.

The United Nations charges that U.S. policies violate international law and disproportionately impact the rights of minority groups. Thirteen percent of Black men are disenfranchised, four times the rate of other Americans, through practices that, according to a recent Marshall Project report, continue the racist policies of the Jim Crow era. 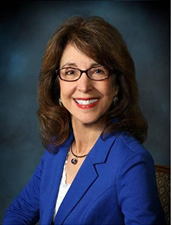 Ellen J.  Kennedy, Ph.D., is the founder and Executive Director of World Without Genocide and an adjunct professor at Mitchell Hamline School of Law.  She has taught at universities in Minnesota and abroad and has published widely on human rights topics.  She advocates for laws and policies to advance human rights and she has received much recognition for her work, including being named a ‘Prominent Minnesotan’ in 2019 for advancing human rights and receiving the ‘Outstanding Citizen’ award from the Anne Frank Foundation in New York.