Black people in the US finally won citizenship in 1868 with the 14th Amendment.  However, that law was interpreted to deny citizenship to Native people. Native Americans weren’t considered American citizens until half a century later, in 1924, with the passage of the Indian Citizenship Act.

The right to vote for Native Americans was even longer in coming.  Since voting practices are regulated by the states, there was great variability across the country, and Native people had to fight state by state for this fundamental right of every citizen. The last state to grant voting rights was Utah in 1962.

Even with this achievement, Native people faced the same tactics that were used to keep Black people from voting:  poll taxes, literacy tests, and violence. 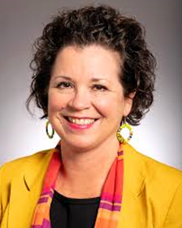 Sen. Kunesh is the daughter and granddaughter of members of the Standing Rock Lakota Sioux Tribe and is committed to supporting positive legislation for our American Indian and marginalized people in Minnesota. She is the author of the legislation and Chair of the Missing and Murdered Indigenous Women Task force in MN and the first in the nation, permanent office of Missing and Murdered Indigenous Relatives, in state government.

Senator Kunesh has served as an Assistant Majority Leader for the DFL House Caucus and currently sits on Education Policy, Forestry and Mining, and Redistricting committees. She retired from 25 years as a school library Media Specialist this past November 2020.