Minnesota Redistricting 2022: How Did We Get Here? Where are We Headed? 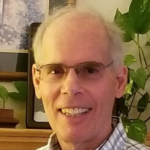 Description: Every ten years, after the U.S. Census, congressional and legislative district lines are redrawn throughout the U.S. in a process called redistricting. New maps for Minnesota were published on February 15, 2022.

LWVE hosted redistricting expert Peter Wattson, J.D., in a Zoom presentation on Monday, February 28, 2022. Wattson explained what just happened in Minnesota: the process used to adopt new maps in Minnesota; what guided the Minnesota Special Redistricting Panel in deciding where the new boundaries should be; the timetable for adopting new precincts, wards, and local government boundaries that fit within the new congressional and legislative districts; and which new districts are likely to be most competitive. He illustrated his remarks with the new maps and tables.

Wattson is a retired, itinerant redistricting aficionado in his sixth decade of redistricting. He served as Senate Counsel for the Minnesota State Senate from 1971 to 2011, and as General Counsel to Governor Mark Dayton during 2011. Wattson has been actively involved in the redistricting work of the National Conference of State Legislatures from its founding in 1975 to the present.

Throughout his work, Wattson has assisted in drawing, challenging, and defending redistricting plans. Since 2011, he has participated in redistricting lawsuits in Arkansas, Kentucky, Florida and Minnesota. Beginning in February 2021, Wattson served as lead plaintiff in Wattson v. Simon, joined by LWVMN and others. That case prompted the Minnesota Supreme Court to appoint a five-judge panel to draw new congressional and legislative maps in the event that the Minnesota legislature once again failed to do so.

For more information about this case, see: