Celebrate Our Centennial Year With Us! 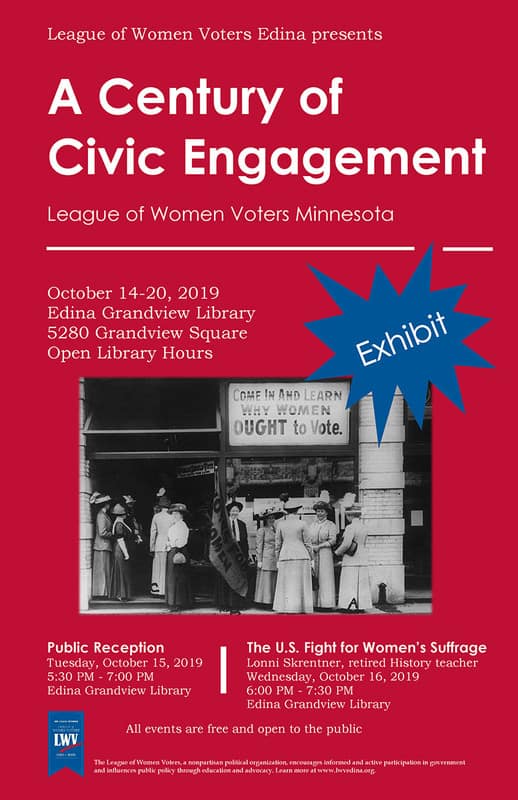 Ways to Celebrate in August

On August 18, 1920 the Nineteenth Amendment was ratified, giving most women the right to vote. We have been celebrating the LWV Centennial most of the year. This was a huge success for people who worked so hard for Suffrage. But this was not perfect as it did not give black or indigenous women the right to vote. It gave the League work to be done. And there is still work to be done moving forward - making democracy work for all and working to ratify the Equal Rights Amendment. In honor of this history and future, you may be interested in: